Qualitative research forms the backbone of our knowledge about human society. From crime and corruption, to race and culture, to violence and well-being, social scientists at IQSS seek to understand who we are, how we behave, and what we believe.

A recent award-winning book, Forbearance as Redistribution: The Politics of Informal Welfare in Latin America, from IQSS affiliate and associate professor of government Alisha Holland is a prime example of research that confronts pressing social science questions. 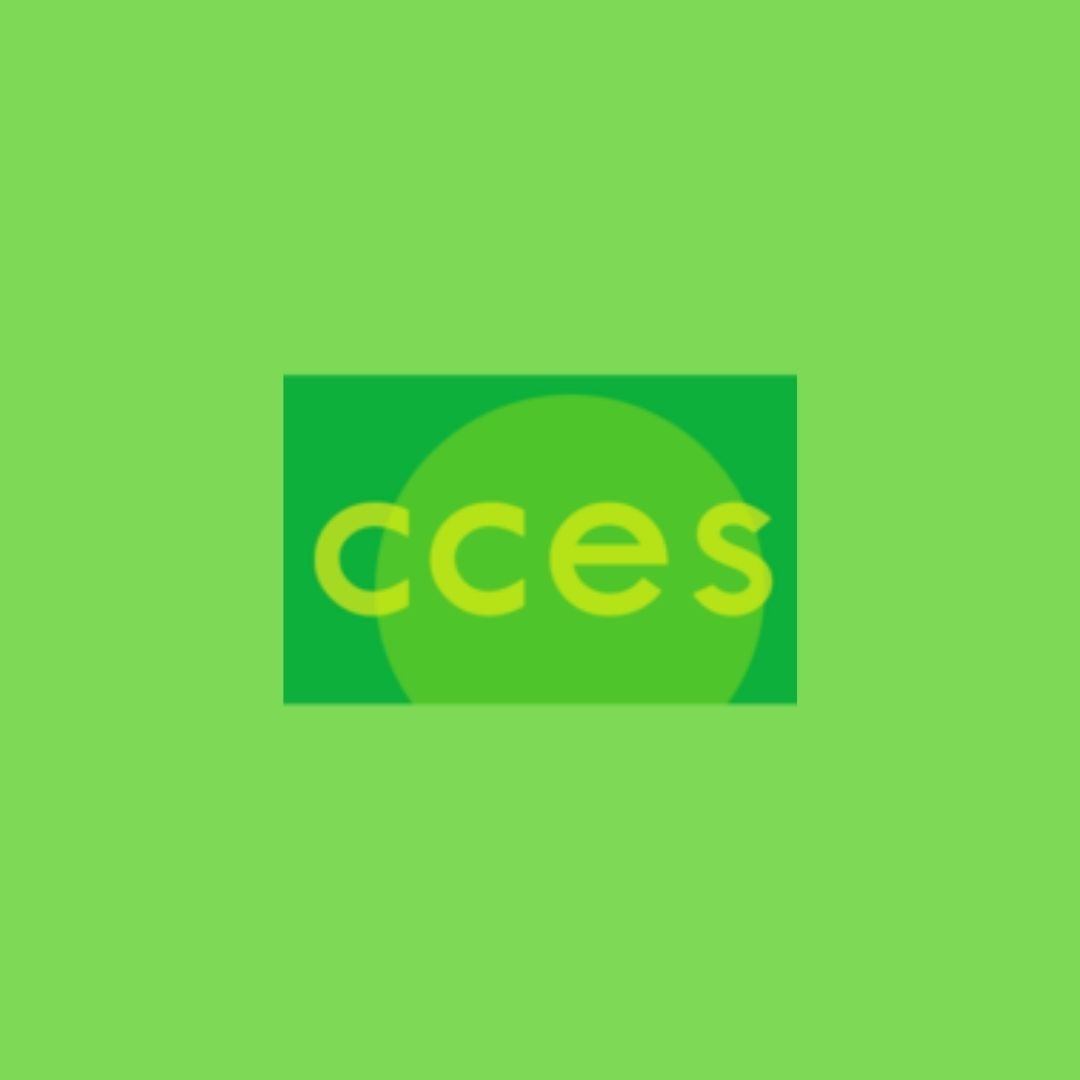 Since 2006, Stephen Ansolabehere, the Frank G. Thomson Professor of Government at Harvard University, has been compiling data about who votes in America, and why. He’s the principal investigator for the Cooperative Congressional Election Study (CCES), which is a nationally representative annual sample survey of more than 50,000 American adults stratified by state and administered by the data and analytics group YouGov. 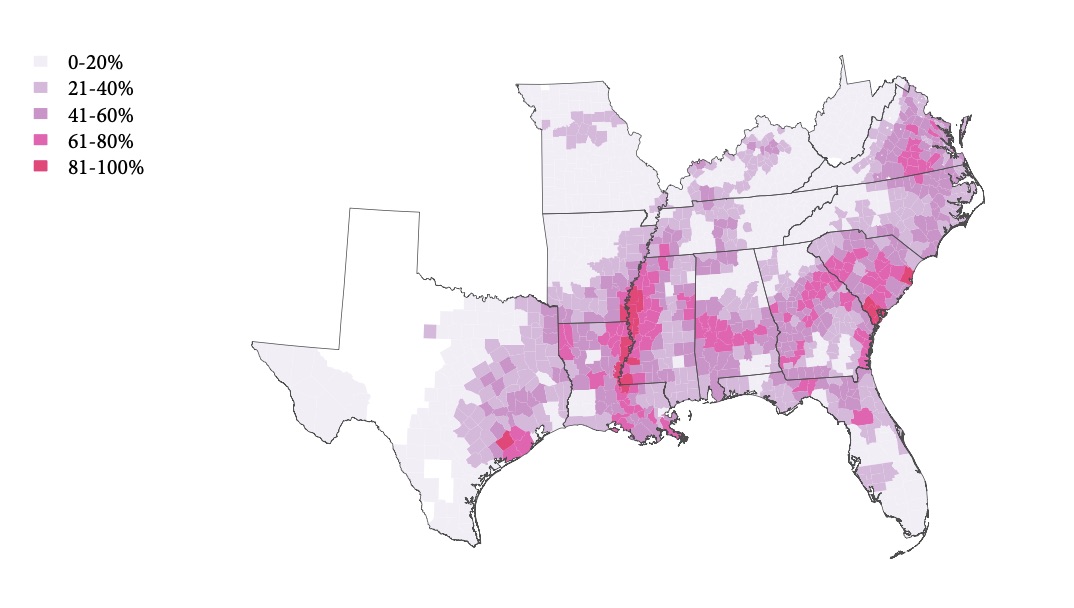 Using Data to Map the Political Legacy of Slavery

Blackwell and Sen won the American Political Science Association’s 2019 William H. Riker Book Award “for the best book on political economy published during the past three calendar years.” How did they do it?

In Deep Roots: How Slavery Still Shapes Southern Politics, IQSS faculty affiliates Matthew Blackwell and Maya Sen (with co-author Avidit Acharya from Stanford University) examine a sample of more than 40,000 white Southerners, along with historical census records, to evaluate how political attitudes vary in counties that had more slaves back in 1860. They argue that the political outlook of Southerners today can be explained by the ideas, norms, and behaviors of their slave-owning predecessors, or what they call “path dependence” of political attitudes.

The Upside of Nationalism:
Politics for the Common Good in India

“The quality of life that a person leads,” writes Prerna Singh, “depends critically on where she leads it.” How Solidarity Works for Welfare: Subnationalism and Social Development in India is at its core an unpacking of that sentence and its implications for international development. Why do some states in India deliver better schools and health care systems than others?

Her award-winning book received the Woodrow Wilson Prize for the best book in politics and the Barrington Moore Prize for the best book in comparative historical sociology, both in 2016. What was it that so impressed them? Using an innovative mix of statistical and comparative historical analyses, Singh packed her book with a wealth of evidence on the perplexing differences in social welfare between places that are otherwise similar demographically, socially, economically, and politically. 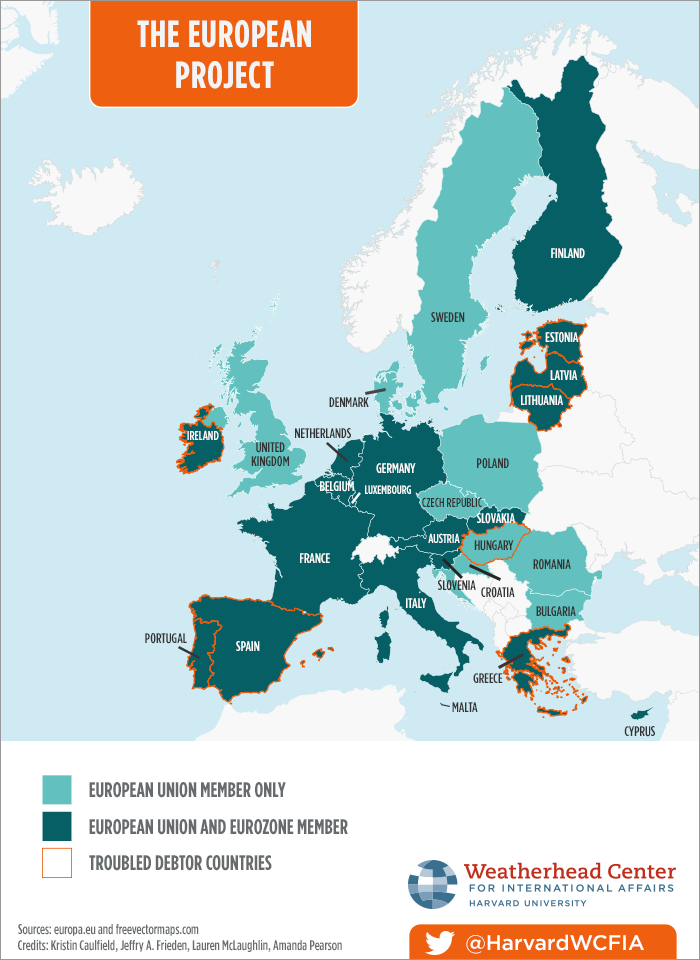 Background to Brexit: One-Size-Fits-All Monetary Policy and the Eurozone Crisis

What does the future look like for a European Union tethered to a single market and a single currency? From the economic woes of the eurozone, to the political debates brought about by the refugee crisis, tension among EU member states has brought into question the very nature and future of European integration generally, and of monetary integration specifically. 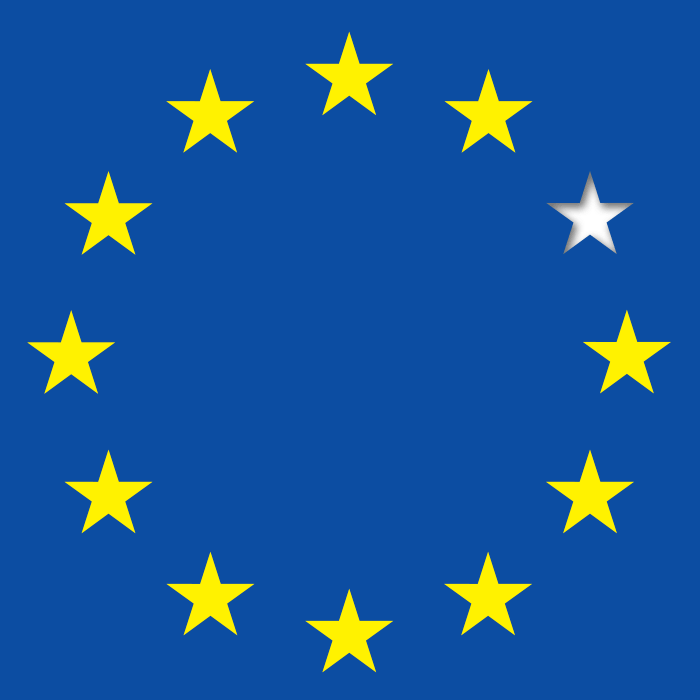 Background to Brexit: How to Leave the European Union

Harvard Professors Jeffry Frieden and Peter Hall share their thoughts on establishing political order in the UK and EU after historic Brexit vote.

With Europe’s leaders divided over how to negotiate Brexit, the labyrinthine process of disentangling Britain from the EU is daunting. Does Brexit set a precedent for Scotland and Northern Ireland to reexamine their respective political and economic arrangements? Will Brexit act like an accelerant or retardant for nationalist impulses in Austria, whose constitutional court ruled that its presidential election will be re-run in the fall? What concessions, if any, will the EU grant the UK on the terms of Brexit?

Harvard Professors Jeffry Frieden and Peter Hall share their thoughts on establishing political order in the UK and EU after historic Brexit vote. 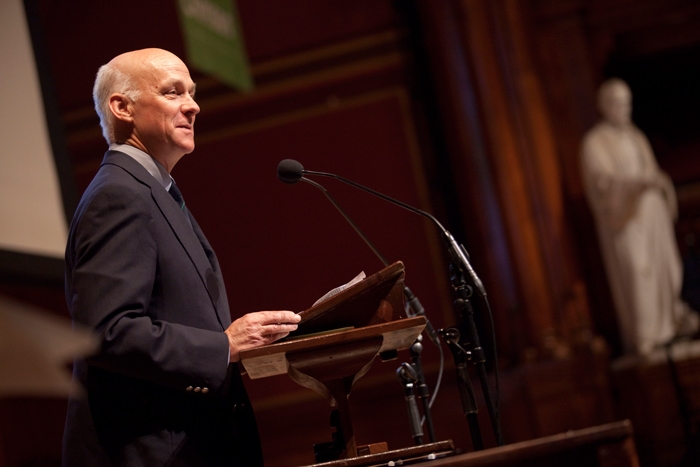 A Q&A with Harvard Kennedy School’s William Clark on how to meet the needs of a growing human population without jeopardizing the planet for future generations.

United Nations Secretary-General Ban Ki-moon on Friday welcomed 130 heads of state who pledged to sign the Paris Agreement, the global agreement on managing climate change. For William Clark, Harvey Brooks Professor of International Science, Public Policy, and Human Development at Harvard Kennedy School (HKS), sustainability is a global imperative and a scientific challenge like no other.

Clark sees the Paris Agreement as just one step, though an important one, in this urgent pursuit, as officials wrestle with how to meet the needs of a growing human population without jeopardizing the planet for future generations. He and co-authors Pam Matson of Stanford University and Krister Andersson of the University of Colorado at Boulder tackle that issue in a new book, “Pursuing Sustainability: A Guide to the Science and Practice.” By looking at sustainability as a means of alleviating poverty and enhancing well-being, the book highlights the complex dynamics of social-environmental systems, and suggests how successful strategies can be shaped through collaborations among researchers and practitioners. 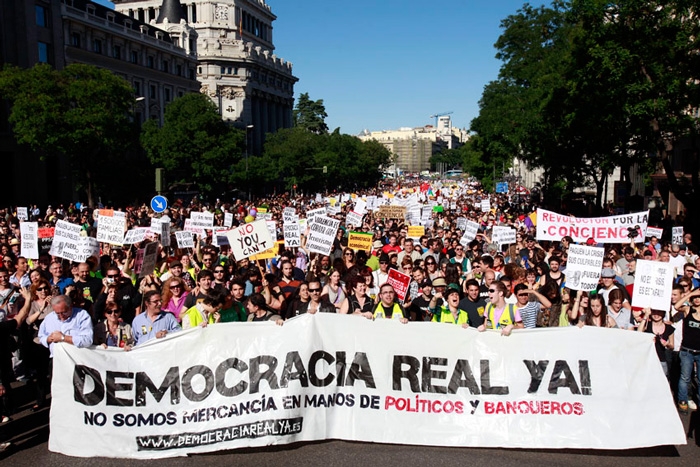 In their Comparative Political Studies paper, Connor Huff and Dominika Kruszewska examine how the tactical choices of social movements affect public opinion about whether or not—and to what degree—governments should negotiate with social movements.

In research involving 2,000 Polish citizens, Huff and Kruszewska document what many already believe: people were approximately 30% less likely to support government negotiations with organizations that use bombs compared with occupations. “Our results show that public support decreases for both separatist organizations and social movements that adopt bombing as a tactic when compared against occupations and demonstrations,” they write. The researchers find mixed support for whether respondents think organizations that use bombings should receive fewer concessions once negotiations begin. 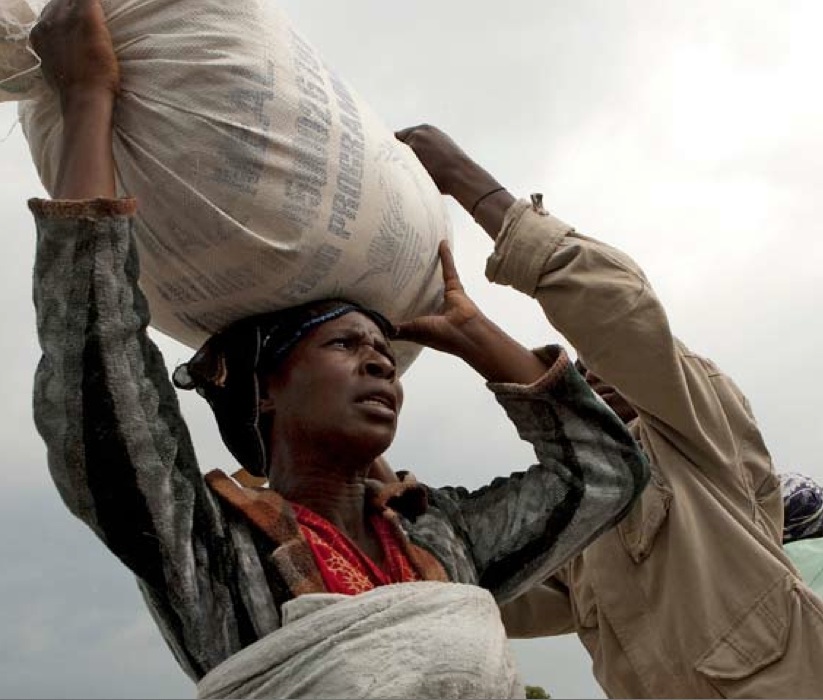 What is the Sustainability of the World’s Food and Farming Systems?

“The Sustainability of the World’s Food and Farming Systems” is a faculty workshop that invites experts to speak on a wide range of global food security topics, from agricultural technology to biodiversity to sustainable diets.

Food security and sustainable food systems are complex topics that stand at the intersection of many disciplines. Although agricultural scientists such as Nobel Peace Laureate Norman Borlaug (1914–2009) were at the forefront of the “Green Revolution” and its attention to global food security starting in the 1940s, the challenge goes far beyond crop science alone. 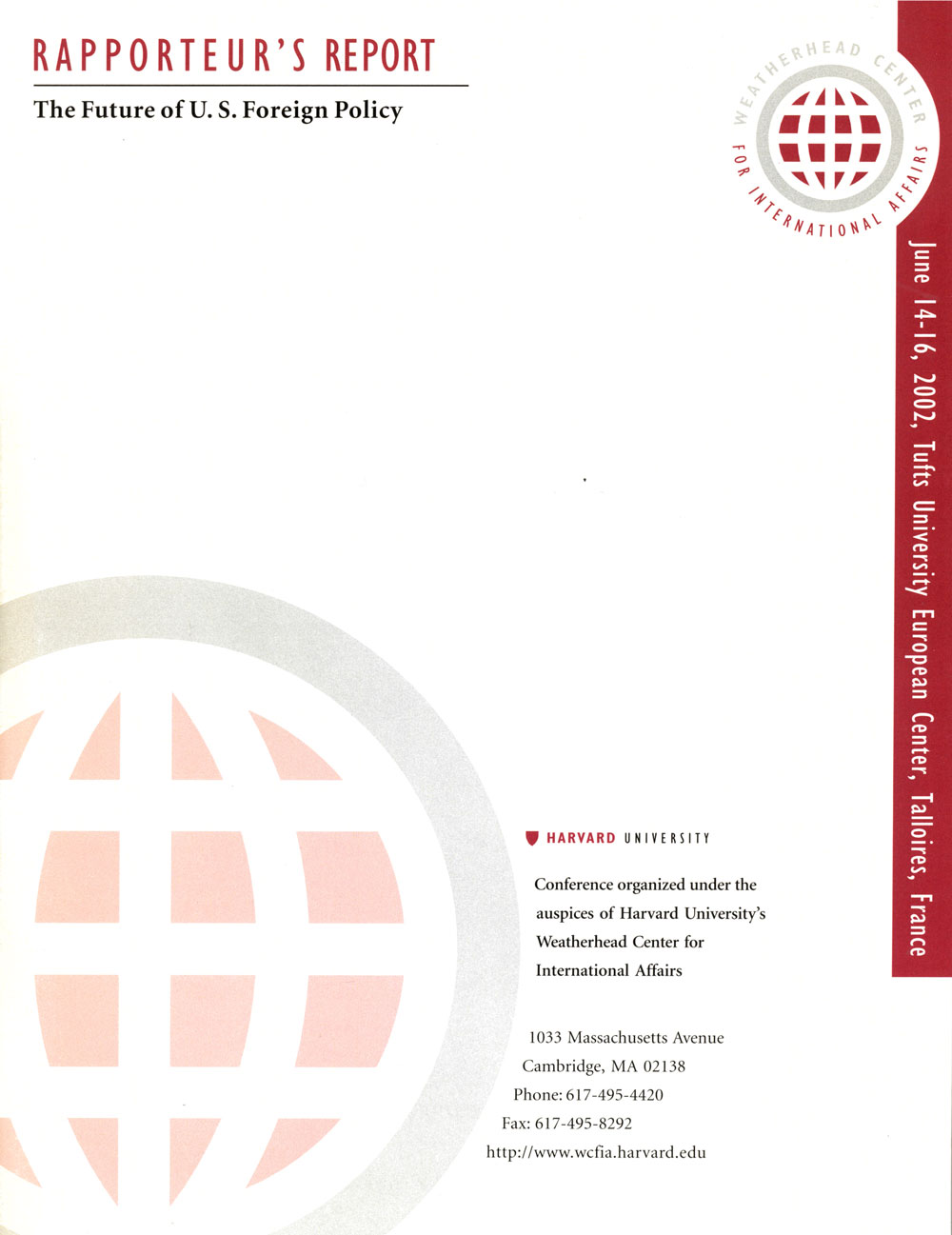 Every year Harvard University’s Weatherhead Center for International Affairs sponsors a 3-day conference at the Tufts University European Center in Talloires, France. I wrote the 25-page conference report summarizing the discussions and central themes that the 38 diplomats and scholars from 14 countries debated.

The 2002 Talloires seminar offered an opportunity to chart the present direction and future course of U.S. foreign policy. The events of the past year rekindled a debate on the competing core principles of U.S. and European foreign policy, and the nature of their global commitments. Over the course of three days, the conference panels generated discussion on the following questions: How have U.S. foreign policy priorities changed, and how will this change affect U.S. relations with other countries? Will the United States continue to exercise the global leadership that it has over the past half century? How will other states view America’s role? And perhaps most important, does the United States need to change the way it manages and conducts its foreign policy in order to minimize global resentment and maximize its ability to protect vital U.S. interests?